the home of the penalty kick

Where is the Home?

The history of Milford is written in its streets of red-bricked terraced homes, A Victorian factory village with little or no trace left of its thriving industrial past.

In 1932 an obituary reflecting on the life of a highly respected local citizen and businessman. A certain William Mc Crum of Milford was lauded.

Mr. William McCrum from Milford, Co. Armagh, N. Ireland gave football the penalty kick, arguably world sports' most dramatic rule. McCrum's idea for penalising foul play around goalmouths rocked the Victorian establishment that ran football. The English FA regarded it as a contradiction in terms: only gentlemen played soccer and gentlemen didn't cheat, while the press angrily condemned the "Irishman's motion" as a "death sentence" for the game. Although an Irish league founder and one of their key administrators, the young goalkeeper got little or no credit and the penalty rule passed into history as a happy accident. But then who could have foretold just how important the kick would become, going on to decide the outcome of some of the world's greatest cup competitions. 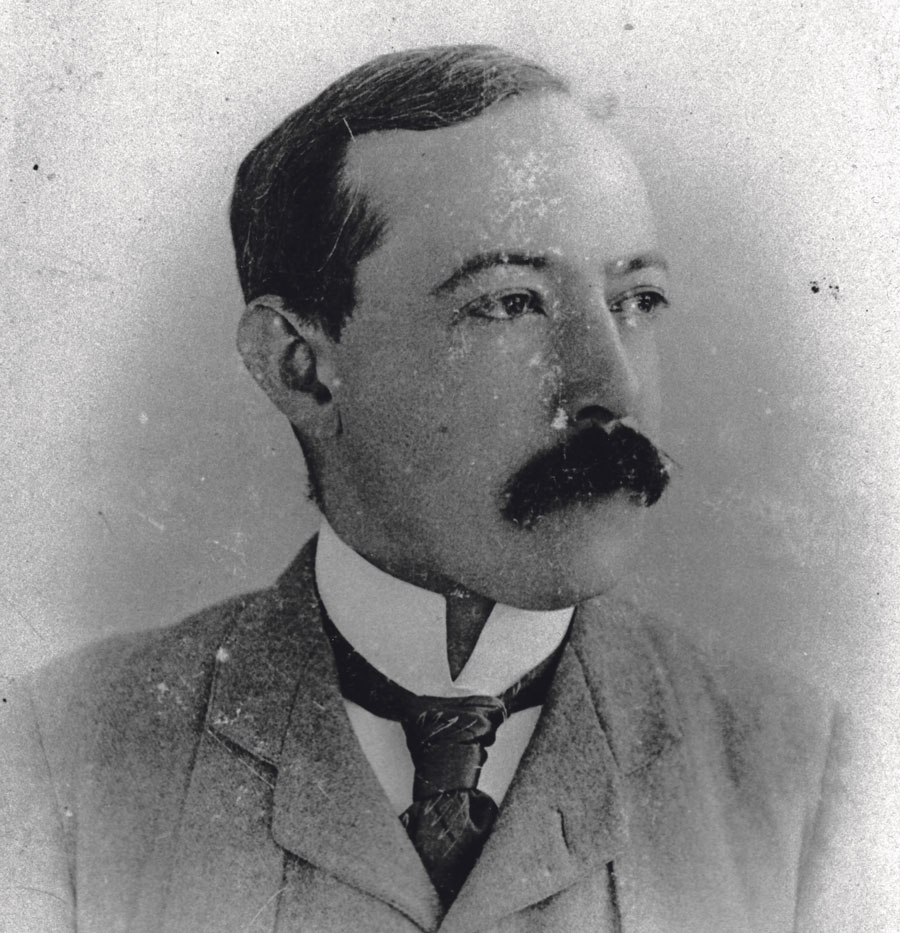 Who invented the penalty kick?

"Sweaty palms. Ball placed on the spot. Only the keeper to beat. Even if you’re not a football fan, you can’t keep your eyes off the drama of a penalty kick."

Where is the Home?

The History of Milford...

is written in its streets of red-bricked terraced homes, A Victorian factory village with little or no trace left of its thriving industrial past. It was the linen industry of the 19th century, which resulted in the village growing up around the mill built on the River Callan by William Mc Crum in 1808. His only son Robert Garmony (RG) who built on his father’s achievements made the big breakthrough in business.

As the linen business boomed, so did RG’s innovations. His imagination was to match his profits, an extensive farm was attached to the mill and he built a school in 1860 and opened a store.

The Mc Crum residence Milford House built around 1850 and set in woodland at the edge of the village, was the marvel of the region, the first to have electricity. RG died in 1914 and his parting gift to the village was the RG Mc Crum Institute, a modern recreational centre that cost £3,000 to build, quite an astronomical figure at the time. It has now been completely refurbished, renamed Callan House, base for the flourishing Homecare NI family business. The proprietors Gerard and Mairead Mackle have also ownership of Milford House which became a private girl’s school in 1936 and renamed Manor House and have exciting new proposals for its redevelopment. 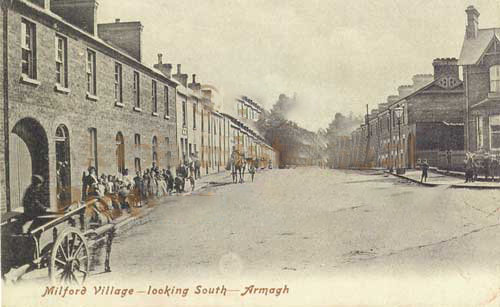 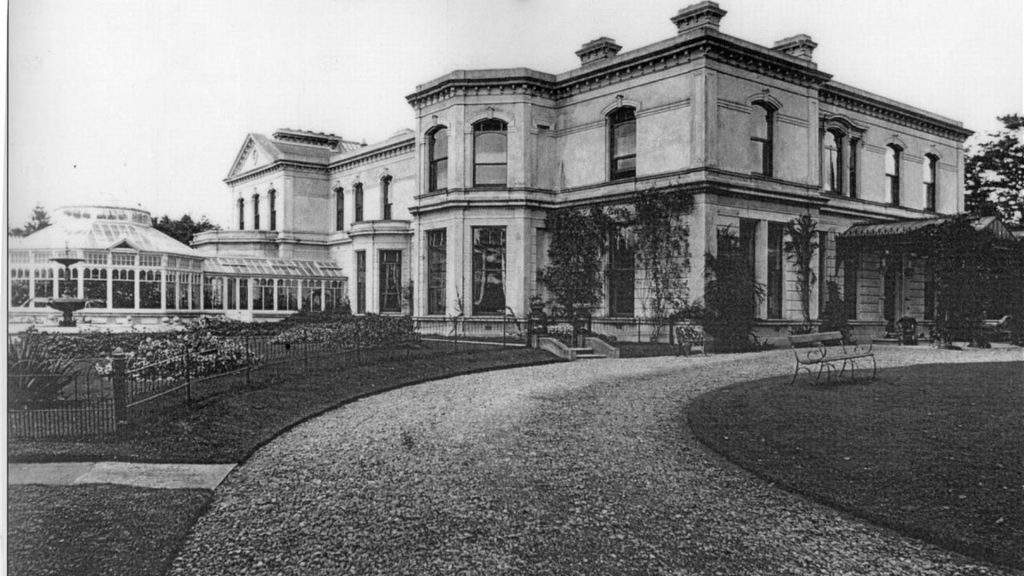 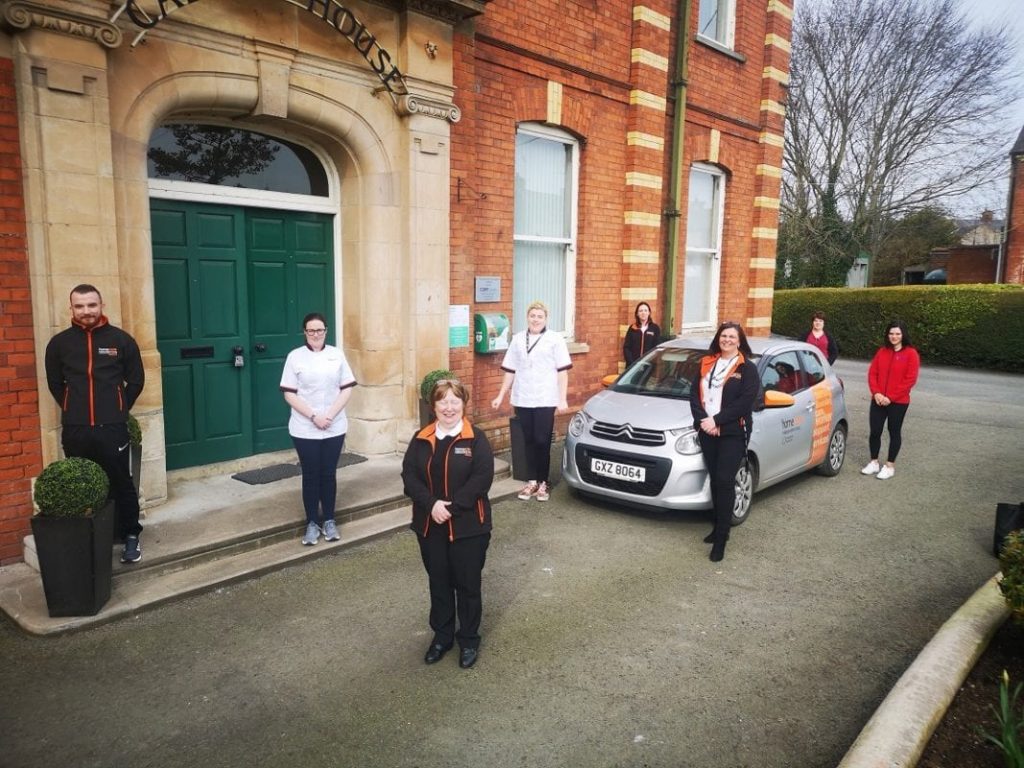 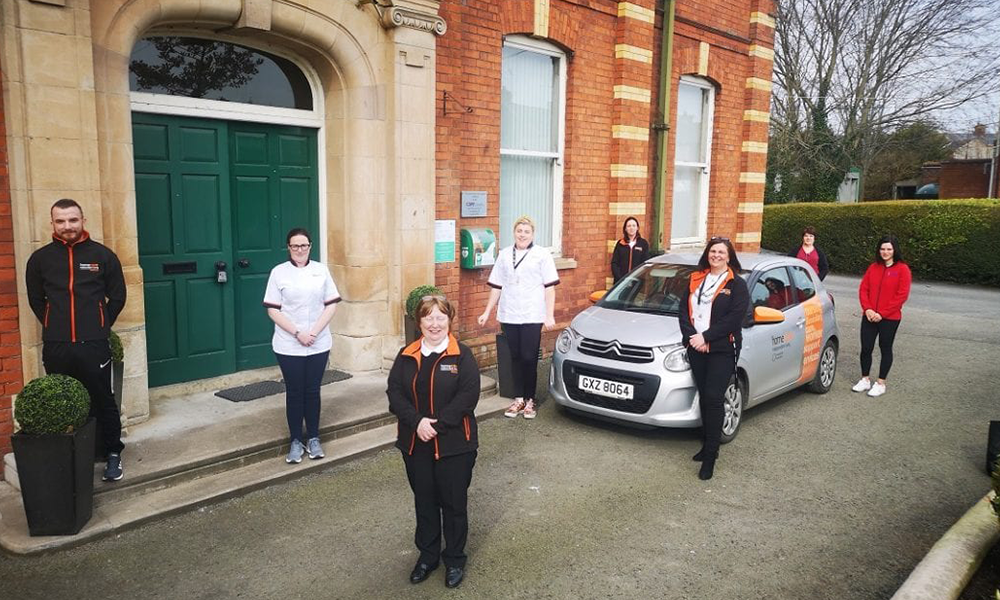 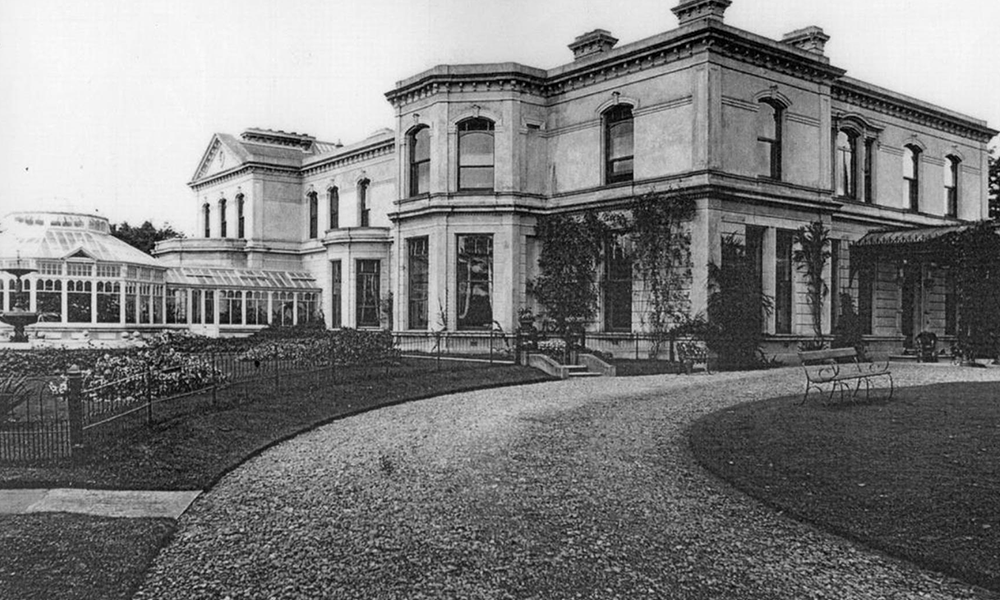 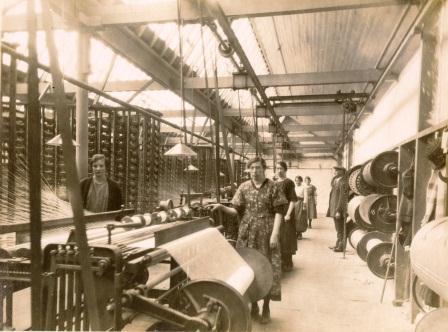 A decline in the overall importance of the linen industry in the post war years led to economic stagnation of this once thriving community, where the mill was the prinicpal source of local employment. Since the mill closed in the 1980s, Milford rapidly became a forgotten village, the tall factory chimney keeping a mourneful watch over a valley of better days. Finally it was time for it to go as well, demolished with the factory site in 2001 to make way for a new private housing development. However, the phenomenal interest created by the penalty kick story has given the village a timely and invigorating lease of life. As the Home of the Penalty Kick becomes home to more and more new families, Milford will reverberate once more to thee sounds of its prosperous past.

In 1932 an obituary appeared in an Armagh newspaper reflecting on the life of a highly respected local citizen and businessman. In it, a certain William Mc Crum of Milford was lauded as a brilliant scholar, storyteller and outstanding sportsman. Nothing unusual about that if it had not contained a reference to the fact that the deceased had been the inspiration behind one of the most momentous changes to the Laws of Football. It was William Mc Crum who, in 1890, submitted a proposal for “a penalty kick” to the Irish Football Association. Twelve months later it was approved by the International Football Association Board and incorporated in the Laws of the Game. 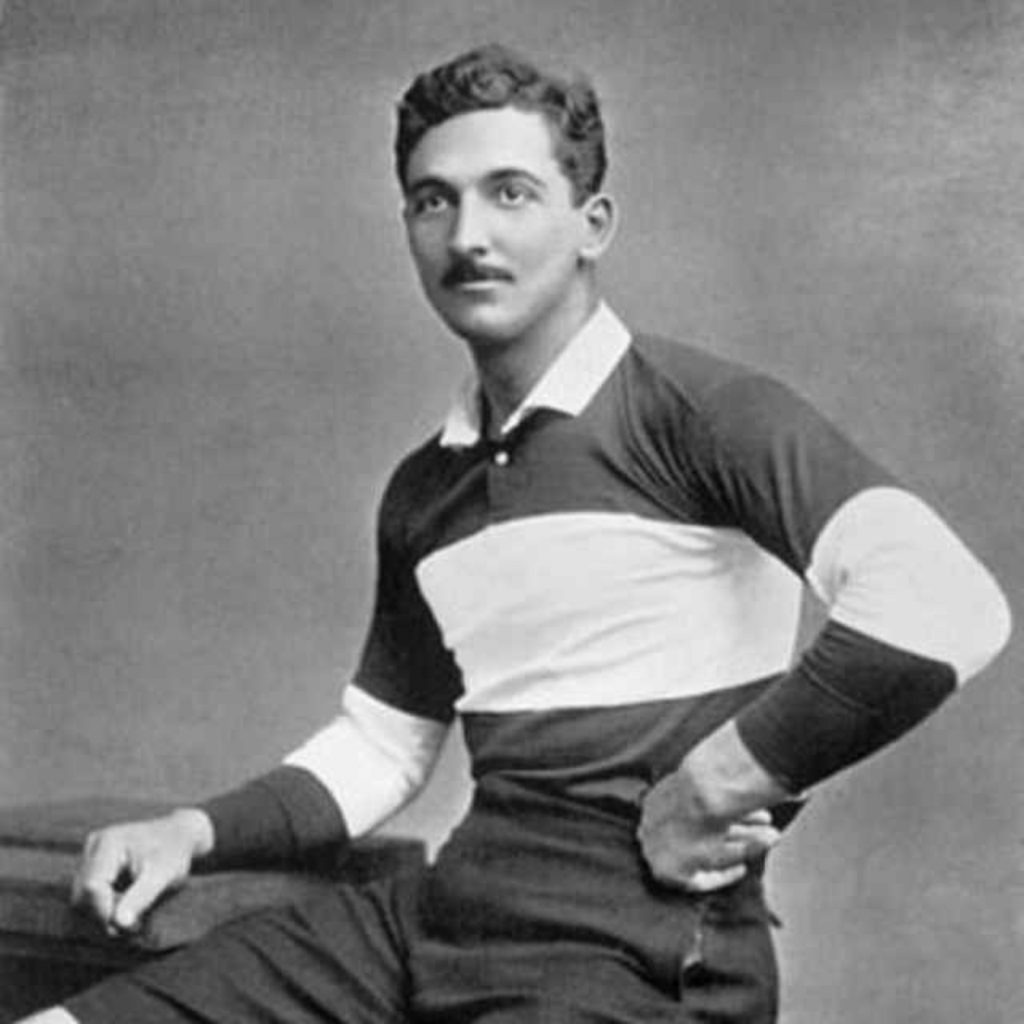 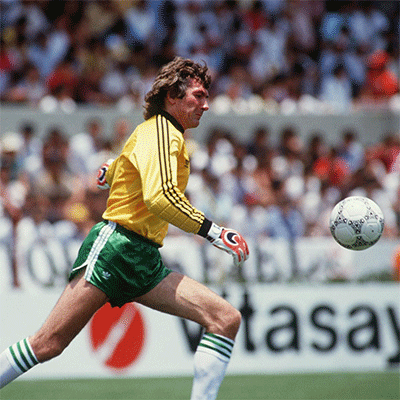 Patrick Anthony Jennings OBE was born June 12, 1945 in Newry, Co. Down, N. Ireland and is a former goalkeeper.
Find Out More

A small river named Duden flows by their place and supplies it with the necessary regelialia. It is a paradise 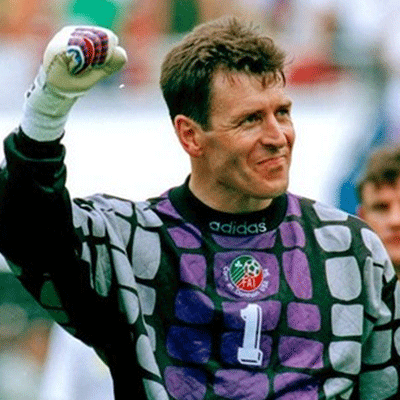 Patrick ("Packie") Bonner was born May 24, 1960 in Cloughglass, Co. Donegal and is a former Irish Keeper.
Find Out More 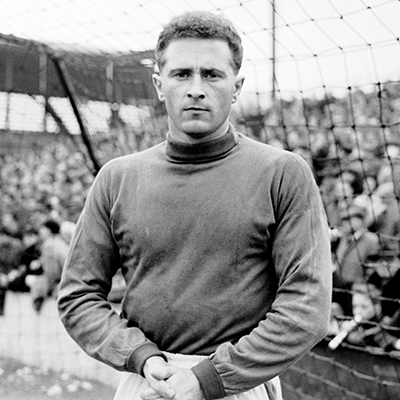 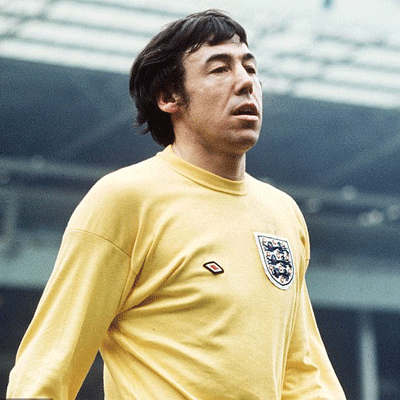 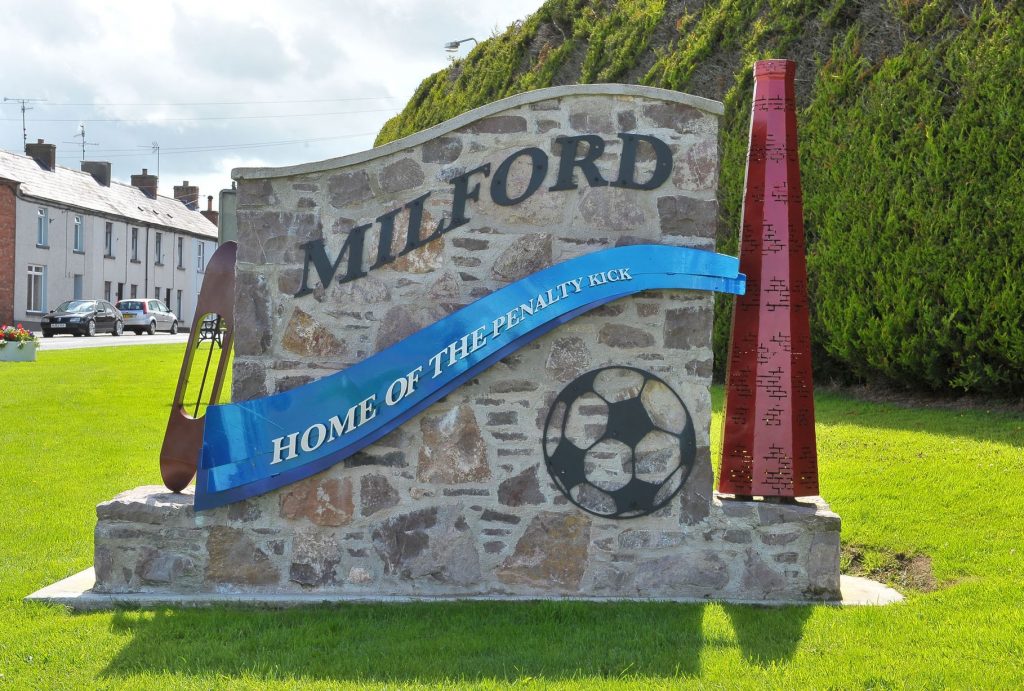